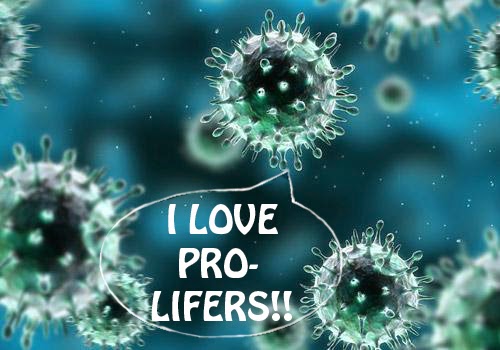 Yesterday was the March for Life. I have been battling some major sleep dysfunction and making my way through another gruelingly long 2WW at the same time, so DH and I thought it was best for me not to attend in person this year. I definitely wanted to go though! Our logic was also that the flu definitely lives in a crowd of 500,000+ people. And given that I have not been eligible for a flu vaccination for the past couple of flu seasons*, that kind of cemented the necessity for me not to march in D.C. this year. With how rampant the flu has spread this season, and how little this year's vaccine actually protected everyone from the strains going around... let's just say I'm pretty sure the flu is pro-life this year! :)

[*Regarding miscarriage and the flu vaccine: Many people don't realize that when you have blood type incompatibility with your DH (this happens when he is Rh+ and you are Rh-) and you go on to experience a miscarriage, that you have to get the Rhogam shot to prevent harmful antibodies from forming in your body (in case the baby was Rh+) because antibodies could attack any future children you conceive if they take on DH's Rh factor. Rhogam is made out of human blood parts, so when you receive it, they give you instructions to delay vaccines wherever possible because the Rhogam shot makes them less effective for several months after receiving it.]


2. Reflecting on the Past 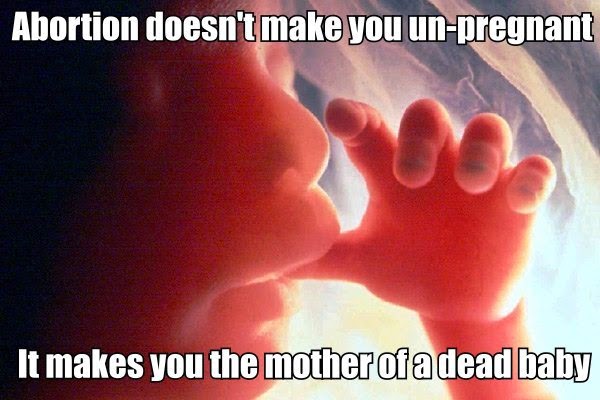 Marking the anniversary of Roe vs. Wade seemed all-the-more poignant this year as we look back on our own experience with loss that we couldn't prevent. I am the mother of dead babies. And that's where abortion and miscarriage have a one thing in common - both are punctuated by the death of a baby. But that's the end of the similarities. We wanted our children so very much. We would have both given our right arms for them to live. We tried everything in our power to save all of them. That's why I will never be able to stomach abortion for the rest of my life.

I didn't always think that way though! When I reverted back to the Catholic faith in my 20's, abortion and pro-life issues were the thing I was least passionate about. I attended a secular American college and I was swept into the feminist mindset of "not your body, not your choice, but I wouldn't choose abortion for myself". It seemed like a safe place to sit at the time: Don't choose it for yourself, but don't tell other people what to do either, so their is no need to argue about who is right. That tepid mindset was left behind years ago, but I am also happy to have had the experience of thinking that way...because it's a popularly held belief still espoused by many who are pro-choice. Maybe, just maybe, that experience will help me to bridge the gap with others who think that way. We can always hope! It is amazing how the years have changed the "progressive thoughts" of college-age-me. I was so sure of myself then - and yet I was so wrong. And even though I was ardently pro-life for 10 years before we conceived our first child, it is amazing how much sharper this topic became when we lost our own children. It brought the issue straight to my doorstep and slammed it bitterly in my face. People purposely kill babies while I exhaustively pray for mine to live. Nothing could be more personal.

There is increasingly wonderful production value being contributed to the media produced for the pro-life movement. There were years and year of terrible videos and collateral, so we REALLY needed this bright new talent that we are seeing to keep coming forward, as they have been the past few years. The Truth is now being told with more beautifully created media than any year before. That's not something the pro-life movement had on its side before.

This video by Blackstone Films was the most compelling of any I came across while browsing the hashtag #whywemarch this year.


That last video reminded that I forgot to tell you about the wonderful new NaPro film from Blackfriar Media called Napro: A Quiet Revolution. (You should follow Blackfriar's work here - they do some seriously amazing work with stellar production value. Pro-life media is getting better and better every day thanks to dedicated people like these guys!). If you haven't seen Napro: A Quiet Revolution, it's brilliant and you should find 26 minutes in your day to watch it. It's so on-point and well made - and it includes FOUR wonderful female Na.Pro doctors in it (including one of the 14 surgical fellows!). You can find the free trailer here and you can buy or rent the film here (rental is $3.99 and purchase is $15.99). You won't regret your purchase. 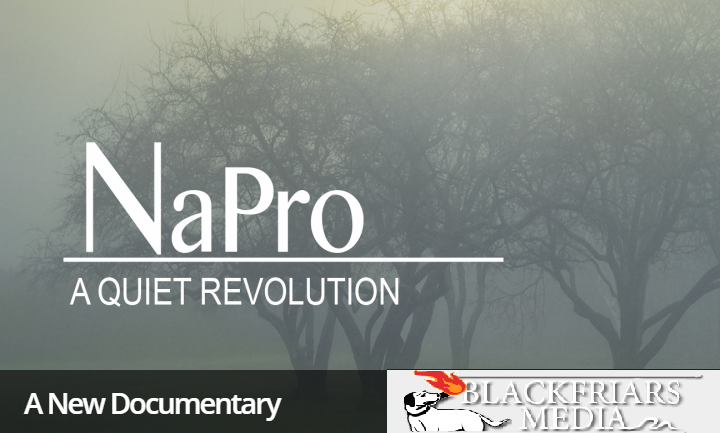 If you would like to find a Na.Pro doctor, you can look for one here, or take a look at the G.oogle map I made. It should go without saying, but I get nothing for recommending that film to you. It's just awesome. Watch it! Enjoy it! :)

While the mainstream media smugly ignores the largest annual protest in US history, it's safe to say that this year's March for Life was bigger than any that came before it. Unofficial estimates suggest there were likely more than 500,000 people in attendance. Fun fact: The National Parks Service used to provide official estimates on all protests. They stopped in 1995 when Louis Farrakhan threatened to sue them for announcing that his "Million Man March" only amounted to about 400,000 participants. They decided their estimates weren't worth getting sued over and since then, no official estimates have been produced.

Here are the mere "thousands" that the mainstream media reported about, with most of the highlights actually being on the pro-choice hecklers that showed up instead. Funny how you can ignore half a million people and pretend you can't hear or see them....isn't it?

....that in the United States, Catholics observe a day of penance on January 22nd? Read more about it on USCCB.


That's it for this edition!

Posted by Conceiving Hope at 10:30 PM