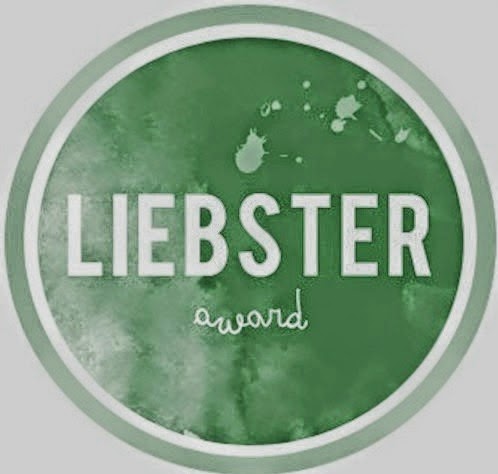 So my Google blog reader has been completely WONKIFIED for well over a week. My first clue should have been that it looked like none of the blogs I followed had updated recently. My second clue should have been that y'all write. A LOT. Anyyywhooo. Just got it all sorted out tonight - and to my surprise I found a little treat on Mama Holi's blog waiting for me. Yay! :)


So here's to having some fun with blogging and answering some questions...

1.) Born and raised on a farm in the Garden State.
2.) Home in college was Maryland. Home after that was Virginia. A Southin' I went...
3.) Now Dublin, Ireland is my new adventure.
4.) I was born with strawberry blonde ringlets, but the locks have since gone golden brown.
5.) I am the only sibling within my family (for two generations back) with green eyes.
6.) My recent obsessions are mostly cooking related. Homemade KIND bars. And pickling things!!
7.) I'm a geek. I love tech that makes my life easier. My husband is a nerd. We make the distinction.
8.) I'm an introvert and an INFP. I have a knack for unwittingly finding other INFPs. Married an INFJ.
9.) Bought my first house at 28. Amazing experience. Now I'm giving away all my stuff and selling the house to start over in a new country. Really excited about all of it!
10.) If we're looking at my wardrobe - the clear color of choice is coral. In cardigan form.
11.) I can eat more avocados than you.
12.) Met DH on CatholicMatch.com. He had just joined. I had just logged in. He was the person on the front page that the site recommended I send a "Welcome Aboard" emoticon to...and the rest is history.

And now for Mama Holi's questions! :)


1) If you could go anywhere in the world right now, where it would be and why?
I think this is a trick question, since I'm in the middle of selling a house and moving overseas - so I'm ignoring the obvious answer (Emerald Isle). If I could go anywhere else in the world right now - it would be Tahiti. I am in some serious need of beach time. Some hut-on-the-water-cocktails-in-the-sand-snorkeling-for-my-breakfast beach time. Because TAHITI. Also, my DH has never been to a tropical beach EVER - so why not ruin all the other ones on Earth by hitting the French Polynesian Islands first?? :)

2) Tell us about one of your most embarrassing moments.
There was that time I was dancing with my husband at my wedding reception (end of the night, last song, end of the champagne bottle) and his first [ever] attempt at a dip turned into a bride-on-the-floor. HA! :)

3) What is the most romantic thing your spouse has ever done for you?
My husband wrote and memorized a 56 line poem for his proposal. It chronicled our entire relationship and his dreams for the future. Took weeks of writing, memorizing, and planning. And the first I heard it recited was in a tiny little area that looked like the Shire in my favorite botanical garden, overlooking a babbling brook with an audience of curious little robin red breasts near a little waterfall. Here's what it looked it in that moment. The Feast of the Nativity of St. John the Baptist will always be a sweet memory.

4) What is your favorite breakfast cereal?
Kellogg's Smart Start, though I don't eat it anymore since I went GF/DF. Funnier is that my Irish husband's favorite is Lucky Charms... not joking!

5) What is your all-time favorite song?
Oh gosh. That's soooooo tough for a singer. I can't pick just ONE. If I had to though - it would have to be the chant that transformed my faith:

6) What has been your most creative Halloween costume to-date?
Sparing you the pictures - but I dressed up as a deviled egg once. Giant egg suit with red horns and a pitchfork. Made a land shark costume another year. Did a biker version of St. Blaise once too, flames and all. We have fun with Halloween! :)

7) What are three things that make your hometown special?
I'll give you one thing about the town I grew up in, one thing about the town I'm leaving, and one thing about the town I'm moving to - how about that?? Town I grew up in is from the 1600's and teeeeny. One room schoolhouse, tire swing over the river, the whole she-bang. Richmond, Virginia is a town full of festivals: if it's a veggie, fruit, or culture - there's a festival for it. Or a food truck! Or BOTH. Never met a town with more festivals (and food-wise - they have the 2nd highest concentration of restaurants in the nation)! As for Dublin, Ireland (and surrounding area) - it is a land of ancient castles. And thousands of years of really fascinating history. And it's the capital of the country where the rebellion for freedom as an independent republic was fought. Main battle was fought at the post office! Seriously. Watch the movie 'Michael Collins'. The anniversary of that is only 98 years ago. 2016 will be the centennial.

8) What is the craziest dream you've ever had (that you can remember)?
I had a pretty crazy one last night. I blame the LDN ;) I was swimming to my deceased aunt's house (no idea why I had to swim there - she lived in a landlocked area), got into a squabble with my deceased grandmother at a big gate on the way there (she didn't like that I was swimming?), and then I ate a lot of bacon when I got there. The maitre de (of what, I have no clue) recommended I throw more golf balls in the lake and be careful not to hit the frogs. I was unhappy with these instructions, so I stole a white Dodge neon and drove it through the swamp to spite him. I woke up ravenous for salt. I have no idea what any of this means. It might make a good indie film though. Lots of pointless drama!

9) If you could be in any great 90's pop music video, which one would it be and why?
If only for the fact that it came out in my Senior year of high school, I have to say "One Week". It was the song sung all summer. Along with Slide. And Gettin' Jiggy With It. Oh those were some days...

10) If you were a superhero, what would your superhero name be and what powers would you have?
Easy! I'd be the Invisinator. My super powers would be bionic hearing, invisibility, and super speed.

11) If you could shout anything from the rooftops right now, what would it be and WHY?!
RICOLAAAAAAAAAAAAAAAAAA. I have a sore throat. Seemed appropriate... ;)

If you'd like to join in on the question-asking fun, write a comment below and I'll hook you up with 10 of the best questions the internet has ever seen!
Posted by Conceiving Hope at 12:29 AM