Ephemeral Shadows - A Glimpse at Actively Struggling with Infertility 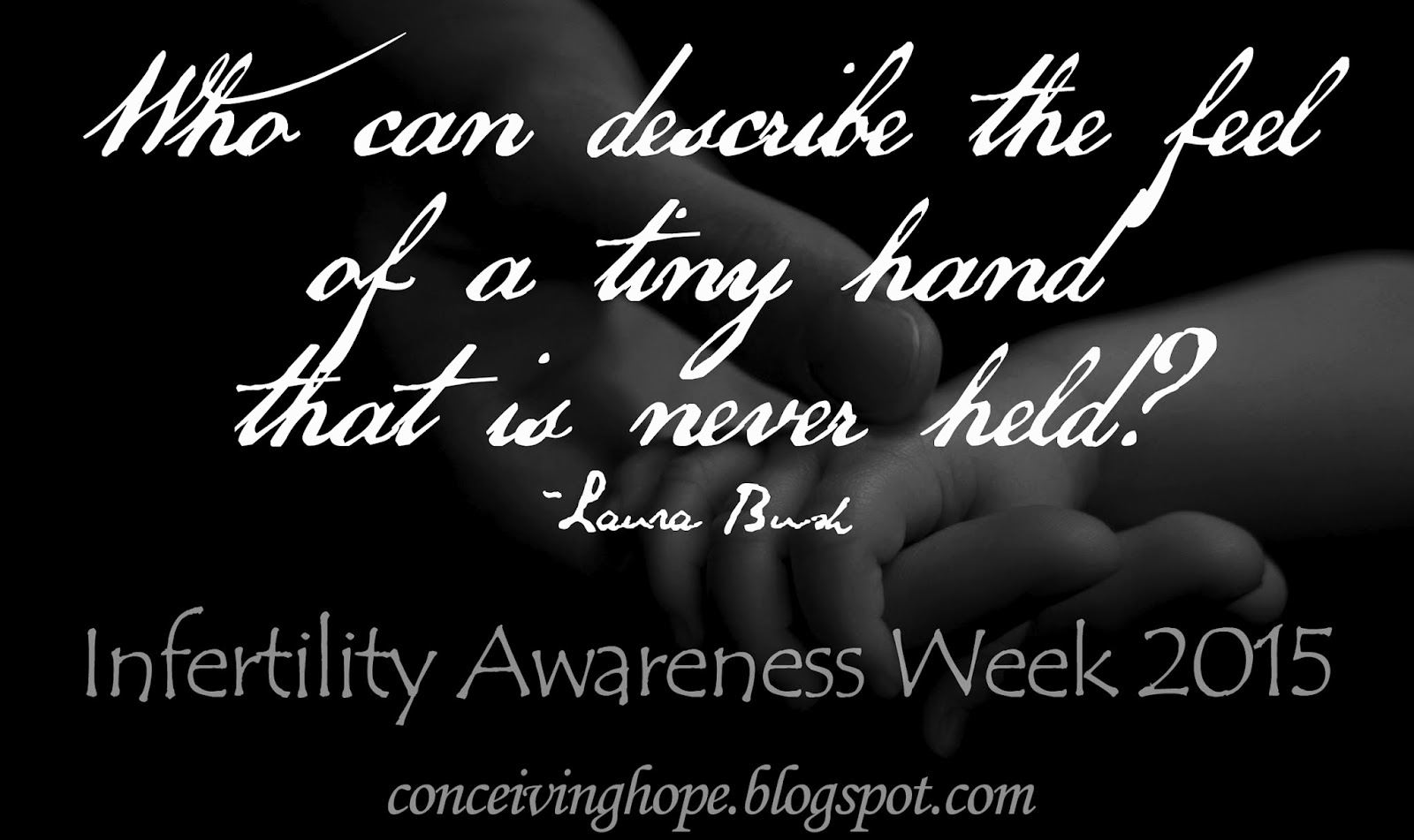 Perhaps there is no better way to begin a series on struggling with infertility than with the words of someone who has lived it. And by that, I mean that I am sharing Laura Bush's beautiful and poignant words about her own active struggle. While the sentences might read crisply, you can feel the restraint and pain in the words. The last line of this passage is by far one of the most touching I've ever read on the subject of infertility, and that's why I'm starting this series off by quoting it. There are so many ways to define actively struggling, but this will hopefully ground the words that follow in our discussion as we begin to bridge the painful and very personal topic of infertility:

For some years now, the wedding invitations that had once crowded the mailbox had been replaced by shower invites and pink-or-blue-beribboned baby announcements. I bought onesies or rattles, wrapped them in yellow paper, and delivered them to friends. I had done it with a happy wistfulness, believing that someday my time, my baby, would come. George and I had hoped that I would be pregnant by the end of his congressional run. Then we hoped it would be by the time his own father announced his presidential run, then by the presidential primaries, the convention, the general election. But each milestone came and went. The calendar advanced, and there was no baby.

The English language lacks the words to mourn an absence. For the loss of a parent, grandparent, spouse, child or friend, we have all manner of words and phrases, some helpful some not. Still we are conditioned to say something, even if it is only “I’m sorry for your loss.” But for an absence, for someone who was never there at all, we are wordless to capture that particular emptiness. For those who deeply want children and are denied them, those missing babies hover like silent ephemeral shadows over their lives. Who can describe the feel of a tiny hand that is never held? ~ Spoken from the Heart by Laura Bush


This post is the second in a series on infertility. If you'd like to read from the beginning, click on the picture below to read the original post in the series where all of the posts will be linked.

Posted by Conceiving Hope at 12:00 AM