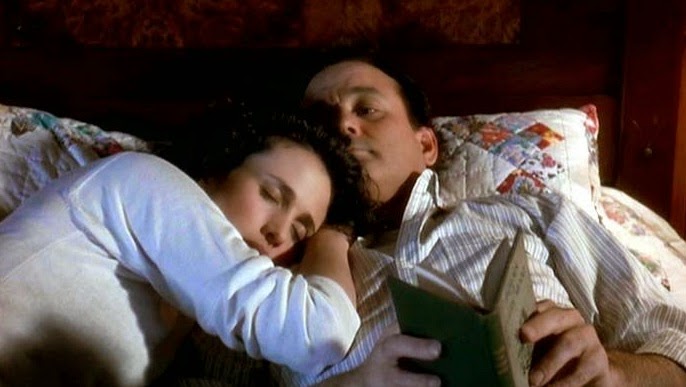 Today is one of my favorite holidays, for many reasons that I will eventually get around to writing about, but it crept up on me this year. In the meantime, here's a little Catholic fun, thanks to another brilliant blogger. Do yourself a favor and check out her Groundhog Day post here.

And do yourself another favor and give this a whirl today when you get a chance. It's a slow, rainy, gloomy day here - just the kind of day my DH loves - and just the kind where I find myself enjoying a cover like this one.

And if you are lucky enough to be wading in snow, do yourself a favor and make a snowman. No one ever regretted making a snowman. I promise. Really. Pretty sure God said that somewhere or something...

Speaking of snow, people ask me (a LOT) if it snows in Ireland. For decades, you could have easily said no. But it does every now and then, when things line up perfectly. And when it does, it's magic. Here's proof that Ireland gets snow. It's so rare, that people - nay children, grown men, and the elderly - all join in to make snowmen. This one was my DH's first ever... and he exudes a bit of Bill Murray if I do say so myself...

Maybe if I get my act together and write down why Groundhog Day is special to our relationship...I can have it up by next year. Until then, I leave you with this tender thought and encourage you to hug someone you love. Life is short. Tell someone you love them while they sleep. I did and my life hasn't ever been the same since. 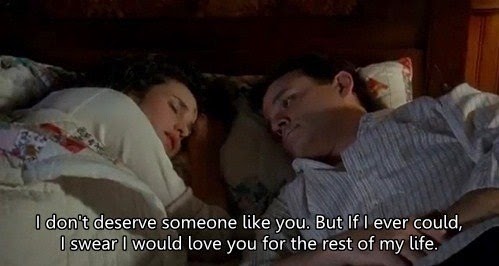 But what is today in our faith? Candlemas. A new beginning. Just as the snowdrops push through the snow in the cold of early February, so too are Catholics reminded of the rebirth to come. Candlemas is actually a celebration of a few things: the presentation of baby Jesus in the temple 40 days after His birth, and a commemoration of the purification of the Blessed Mother. All of this makes sense in the context of ancient Jewish law, even if it isn't our custom today. Even today though, many couples dedicate their firstborn child to God. I can't help but think of our Ruadhán Pádraig at this moment. We never got a chance to present him in our church. How it is possible to feel so close to someone you never met...I will never understand. But I digress. I always digress. Sigh. These are for you, son: 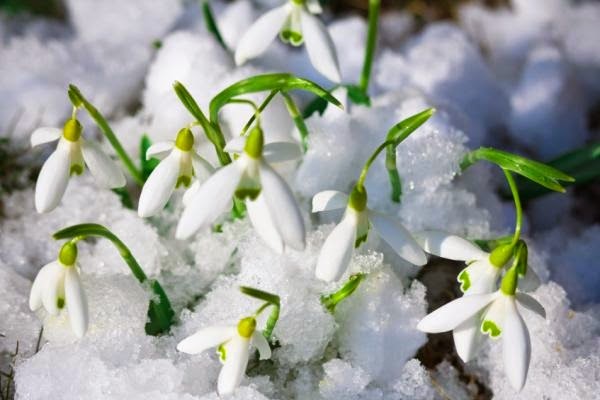 Ok, back to Candlemas. Jesus was presented at the temple. Simeon prayed over Him, and he broke out into song. I'm not making this up.
I don't think he did a jig or anything...just the song. :) It's called the Nunc Dimittis.

Lord, now you let your servant go in peace,
your word has been fulfilled:
My own eyes have seen the salvation,
which you have prepared in the sight of every people:
a light to reveal you to the nations
and the glory of your people Israel.

Isn't it amazing what happened after that song though? Luke 2:33-35 tells us "The child’s father and mother were amazed at what was said about him; and Simeon blessed them and said to Mary his mother, “Behold, this child is destined for the fall and rise of many in Israel, and to be a sign that will be contradicted (and you yourself a sword will pierce) so that the thoughts of many hearts may be revealed.”

Right there in that moment...the crucifixion revealed. On the 40th day, as Mary looked at her newborn son, knowing He would suffer and die in her sight. Suddenly Candlemas seems a pretty heavy day...and one where I'm once again reminded that Mary is not as far from me as I might have thought. I think of all the women who have lost children when I read that passage now. Especially a woman with a recent loss. God bless her and keep her close.

So why is it called Candlemas anyways? 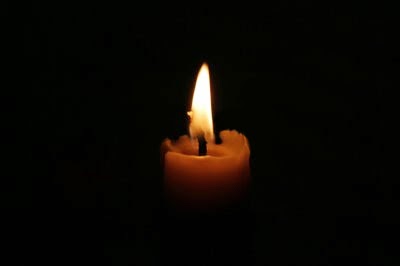 It's actually about candles... shocking, I know. Ok, ok, it's *kind* of about candles. Tradition actually gives us a candlelit Mass. Beeswax ones. They are generally blessed at some point before the twinkly procession with them. We still sing the song that Simeon sang all those years ago. He called Mary's Son the Light to the Revelation of the Gentiles, so it makes sense that we use the symbolism in procession during the Candle Mass. Here's the Gregorian chant version of Nunc dimittis, in case your church doesn't do the procession for some reason:

So how in the world did Candlemas turn into Groundhog Day?

There is definitely symbolism from how the winter contains dark, short days and how light comes forth pretty fast after this date with Spring just after Lent. I have to think that nature is a part of the beautiful metaphor to Simeon's prophecy, but I also think there is a fair amount of superstition involved in tying the two together as well. Candlemas' weather used to be a supposed predictor for an early Spring or a prolonged winter. If the weather was overcast (hello, Ireland?)...well then that was a sure sign that 6 more weeks of winter were ahead!

In Ireland, the day before Candlemas is actually the feast of St. Brigid. And what do we learn from that? If snakes and badgers saw their shadows on St. Brigid's feast (the vigil for Candlemas), then that's a sure sign that 6 more weeks of winter were ahead!

As time went on, and people eventually immigrated to the "new world", you can imagine that these kinds of legends and superstitions were brought with them. But I don't imagine they were finding too many badgers' shadows when they got to America. Europeans likely went with what they had when they landed. And given that a ton of Irish (and German) immigrants ended up in Pennsylvania, it doesn't seem like a stretch (knowing how many groundhogs they likely battled in those parts...) that good ole Punxsutawney Phil rose to fame. He's kind of the poor man's badger. Part of me wants to see him with an Irish hat on top of his fuzzy head...oh wait...what's that...there's the handsome lad: 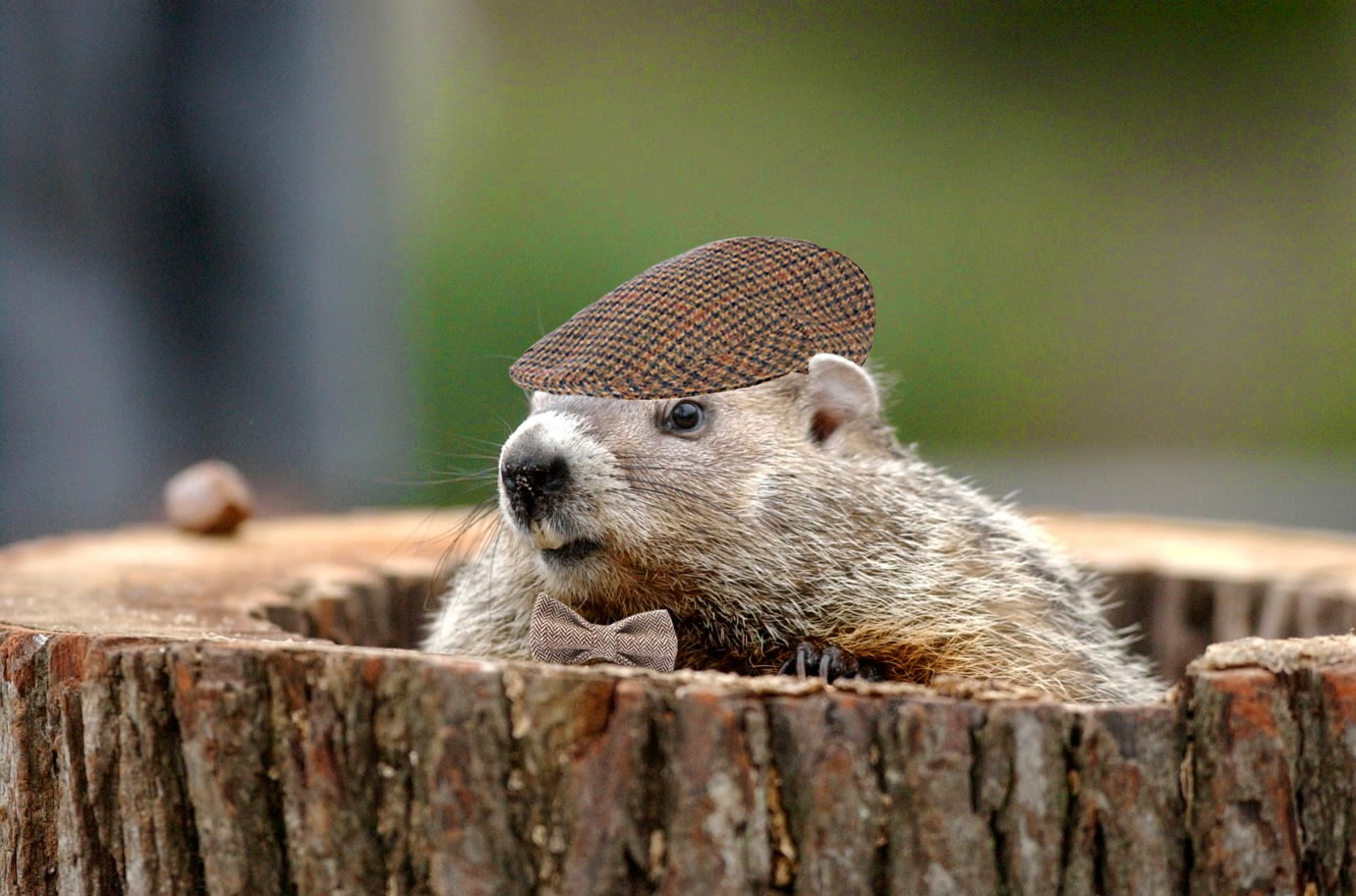 What does T.S. Eliot have to do with a groundhog from Pennsylvania?

I would also be completely remiss if I didn't mention that I also think of the T.S. Eliot poem A Song for Simeon on this day. In case you've never read the poem, I'm posting it here. It really is lovely. I hope however you celebrate Candlemas and Groundhog Day, you take the time to ponder the meaning.


A Song for Simeon, by Thomas Stearns Eliot

Lord, the Roman hyacinths are blooming in bowls and
The winter sun creeps by the snow hills;
The stubborn season has made stand.
My life is light, waiting for the death wind,
Like a feather on the back of my hand.
Dust in sunlight and memory in corners
Wait for the wind that chills towards the dead land.
Grant us thy peace.
I have walked many years in this city,
Kept faith and fast, provided for the poor,
Have taken and given honour and ease.
There went never any rejected from my door.

Who shall remember my house,
where shall live my children’s children

When the time of sorrow is come ?
They will take to the goat’s path, and the fox’s home,
Fleeing from the foreign faces and the foreign swords.

Before the time of cords and scourges and lamentation
Grant us thy peace.
Before the stations of the mountain of desolation,
Before the certain hour of maternal sorrow,
Now at this birth season of decease,
Let the Infant, the still unspeaking and unspoken Word,
Grant Israel’s consolation
To one who has eighty years and no to-morrow.

According to thy word,
They shall praise Thee and suffer in every generation
With glory and derision,
Light upon light, mounting the saints’ stair.
Not for me the martyrdom, the ecstasy of thought and prayer,
Not for me the ultimate vision.
Grant me thy peace.

(And a sword shall pierce thy heart,
Thine also). 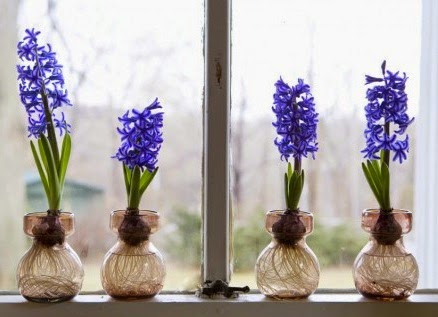 Posted by Conceiving Hope at 5:59 PM