Philippians 2:1-4 "So if in Christ there is anything that will move you, any incentive in love, any fellowship in the Spirit, any warmth or sympathy -- I appeal to you, make my joy complete by being of a single mind, one in love, one in heart and one in mind. Nothing is to be done out of jealousy or vanity; instead, out of humility of mind everyone should give preference to others, everyone pursuing not selfish interests but those of others."

One of the most powerful prayers I ever prayed ended in 'Her first, Lord'. Since I prayed that prayer, I have found myself reflecting on whether this sentiment ought to make a regular appearance in the intentions I pray for, especially the ones I feel most passionate or broken about. 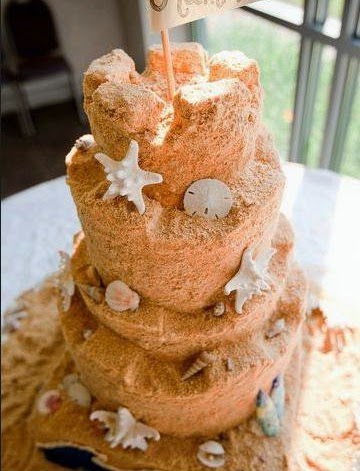 About 5 years ago, a friend of mine asked me to make their wedding cake. I was overjoyed. I love making wedding cakes. And this wasn't going to just be annnnyyyy wedding cake - they wanted a sand castle!! I had never made a sand castle before, but OH did I have ideas. This thing was going to be a masterpiece. In order to make sure that the cake was delivered safely, the joyful couple arranged for me to stay at the groom's brother's house. I had known this couple through the grapevine, but didn't know much about them. I did know that they were hopeful to adopt soon. That weekend was fantastic. The cake turned out to be a huge hit and I got to know the couple I stayed with better. They lived their Catholic faith and I was happy to have met them and been able to spend some time with them. And if you're reading - thank you again for letting me destroy your kitchen that weekend! ;)

Fast forward to that adoption of theirs - it was a joyful time in their life. I heard about how they fell in love instantly. And though it's not what anyone would have wanted - soon after news of that joy came, so came the news that the adoption fell through before it was finalized. I read their blog and followed along with how their pain influenced their faith and vice versa. It was a difficult journey to read about - and I'm positive it was brutal to live as they gave back that baby. I prayed for them often.

I continued to watch as all of our mutual friends married and instantly had children. And then those couples went on to easily have 2nd and 3rd children. I knew their life was surrounded with babies because mine was. And facebook - forget about it. It must have felt like a battlefield. Despite what I imagined must have been an impossible amount of hurt, they discerned another adoption. I watched in awe as this couple (who I am not very close with either!) publicly asked for help with funding the adoption. I watched with admiration as God provided almost $30,000 through the generosity of others in donations, yard sale proceeds, benefit concerts, and anything else you can imagine. It was such a moving journey to watch happening, even if from a distance.

Simultaneously, my fiance and I were going through the Engaged Encounter. We were sitting in on an intense round of marriage preparatory sessions where we were being asked difficult questions like 'How would you deal with multiple miscarriages as a couple?' (Yes, that question haunted me then and it haunts me even more now that we've lived it. More on that in another post.) There were plenty of questions about children, but only one on adoption: 'Have you discussed where you both stand on adoption?'

I talked to my soon-to-be-husband about how two couples I knew had adoptions fail after they had custody of the babies. We both sat in horrified silence, not only at how difficult that must be, but also at the first question of how to deal with miscarriage. We were caught completely flat-footed by all of it and it consumed the rest of our weekend retreat, because we honestly couldn't even come up with an idea on how to cope with either scenario once, let alone multiple times. It wasn't that we'd never talked about the topics. It was that we didn't know the answers. And even in scraping for them - we found no peace over the topic. In fact, that topic became the heartburn in our relationship.....

So where does 'Her first, Lord' even come in to this? It's actually the story of my wedding.

As we were finishing the preparations to our wedding during the week before our Nuptial Mass, our priest asked us to think about the intercessions we'd like to include as our friends and family prayed for God to graciously hear us. We were married in a public shrine to St. Therese that also contained the remains of St Valentine, so we knew there was a possibility that hundreds of people we'd never met might be in attendance...because a shrine is never closed to the public. Our list of things that we wanted to pray for was HUGE, but as you can imagine - the priest led us to prune the list to something more manageable so that our Mass wasn't an extra hour. ;)

Some of those 'pruned intercessions' became what I like to call the 'lost prayers'. I decided to pray them on my own that day. And the most important one was pinned on the inside of my dress with a ribbon, resting against my heart. It was my something blue. Seeing as we were getting married on the feast of St. Thomas More - the patron saint of adoption - I figured that the most important prayer that should be closest to my own heart should involve adoption. I instantly thought of the couple who let me make that wedding cake in their house so many years ago.

So here is what I prayed:

St. Thomas More, patron saint of adoption, please intercede on [their behalf] with the Blessed Mother and the Son of Our Lord as I undertake this sacrament. Please hear [their] most fervent prayers about adoption. Please breathe life into their hopes and fill their arms with a child that they get to keep forever. Please also let my husband and I welcome new life into Your kingdom through our marriage, whether it be by birth or adoption. But her first, Lord. Amen.

By the end of our honeymoon, that couple had gotten their good news and they have gone on to finalize that adoption. And I even had the privilege of meeting that sweet baby recently. He truly is a shining light and his smile melts hearts.

I am obviously a big believer in the power of prayer - but news that an intention that I prayed for had come to fruition in such a real and concrete way really overwhelmed me. How often do we get to pray in hope of things AND see them answered? It was truly a moment I could have prayed for anything... especially just for myself... and no one would have even known. God listened to my exact words. He heard me. And yet as I sit here, with no baby in my arms, I am also struck with the emptiness of that. That is what I have come to learn of subfertility and infertility --> you can all at once be filled with hope and emptiness.

If God reads blogs, I'm ready for the second half of that prayer now. Amen.

Posted by Conceiving Hope at 5:32 PM